Whether it’s a marriage, partnership, friendship, team or group, there is one sure way to kill it, dead!

There is a uniqueness that shapes humanity into a hopeful creation, which has within it, the tenacity to stand against most adversity, yet there is no surer way of exhausting that hope and breaking that bond than continually eroding its foundations.

Marriages are not made IN heaven; they are worked OUT on earth.

Some years ago, I watched an interview of a couple who have been married for 75 years. After they answered a series of questions, the interviewer asked them for their secret of a successful marriage. The man said “I’m deaf and she can’t speak.”

The number one killer of marriages, partnerships, friendships teams or groups is expectation.

"Blessed is the man who expects nothing, for he shall never be disappointed" [Alexander Pope letter to Fortescue] Collins Thesaurus of the English Language

Pope also said “Blessed is he who expects NOTHING, for he shall never be disappointed”


Expectations can be inferred, implied, imagined, expected or declared, but whichever way they are packaged, they’re real and have the power to demoralize, weaken or strengthen hope, which in return can either weaken or strengthen the relational bond. Expectations can also be unrealistic, yet if they are never truly defined and communicated effectively, they serve as an anchor for pending disappointment.

Throw away comments such as, “let’s do coffee”,” we must catch up soon”, or “let’s go fishing someday” “I promise to make it up to you”, are two a two edged sword (particularly if you have a history of never following them through). Expectations are powerful motivators, but can be just as destructive, if the expectation has been aroused in the hearer.

I recall some years ago such an expectation providing excitement and anticipation in a senior management team retreat, only to be dashed and argued away when the initiator chose to interpret the expectation differently to the general consensus of the rest of the team.

Here are FOUR critical responsibilities in setting your expectations:

4.         What I SAID, may not be the same as what you HEAR. Read between the lines and elaborate, clarify, write it down, but most of all seek out feedback.

Sometimes we expect more from others, because we are willing to do so much more for them. Yet, ones expectations are intrinsic to ones relationships. As Ivan Illich said “We must rediscover the difference between hope and expectation.”
What will make for a successful team are not the lowering of expectations, but rather defining and redefining them, through transparency and ongoing communication.

A comedian once said ‘That woman fall in love by what they hear and men fall in love with what they see which is why woman wear make-up and men tell lies.” Perception often defines expectation. Rightly or wrongly, we live with and out of our expectations (realistic or unrealistic), and the longevity and success of our relationships are in direct response to how we communicate them to others, and communication is the basis of life.

So how’s your partnership expectations these days?

Obesity is now classified as a disease, a condition which is at epidemic proportions worldwide.

The marketers have jumped on board and managed to distance fast food and drink manufacturers from blame. In fact, a well plotted strategy of linking sponsorship to adrenalin and professional sports, and high profile events, has resulted in the perception that the responsibility for being overweight rests with the individuals choice (not their products), and exercise is the answer.

Whilst we must take personal responsibility for what we eat, the food producers have in fact formulated foods which get us hooked with an insatiable appetite and demand for more.

Food is converted to calories which are either stored as fat or used as energy. The more calories we consume, the more energy is required to maintain weight stability.
The hidden factors which bring variation are metabolism and good calories. Not all calories are equal, sugar and fats are not!

The fitness industry is a global industry for individuals which believe the solution to their obesity can be resolved with increased exercise, yet the level of activity required (based on the formula above), would have to match that of a professional athlete, who would train 4 hrs per day each day.

Diabetics by circumstance, are not prone to that level of commitment, so engage in YO-YO dieting. Sadly, as we all know the end result is often worse than when we started out? 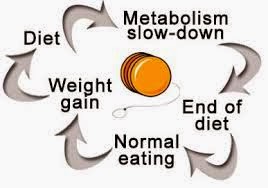 After a lifetime of highs and lows, I was bigger than ever, peaking at 119 kg two years ago. Even with a disciplined food intake and exercise plan, the weight came off.....and back on!

Gym's and fitness centres recruit nearly twice the number of members than the facility can legally hold, as the level of commitment required to achieve the anticipated weight-loss is rare and the drop out rate is as high as 80% over the course of a year. A staggering 50% will quit within the first three months.

The profit for anti-obesity (diabetes) drugs in the UK over the next 12 months is estimated to be 4-10 Trillion pounds (NZ$8-20 trillion dollars)? 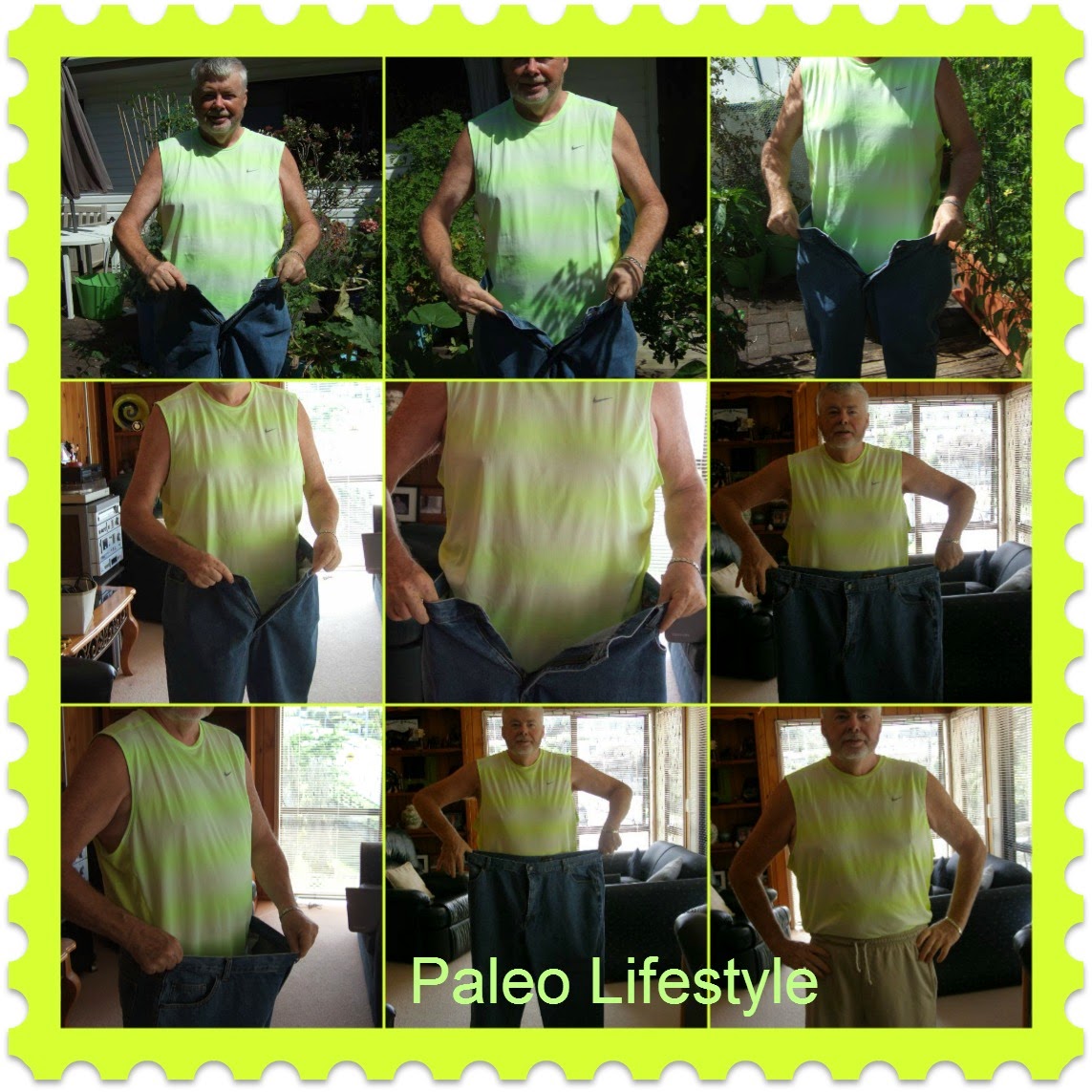 From my personal experience of being a medicated and diagnosed diabetes 2 sufferer (which had deteriorated to requiring daily shots of insulin), I made a decision to disbelieve the hype and profit driven corporations seeking to benefit out of my ill health. Humanity is susceptible to the science presented and feel comfortable and at ease with government regulations, company marketing strategies and the health industries directives, without so much as a casual indulgence into their own research. Are we to believe that the drug manufacturers business mission (and strategy), is to rid the world of sickness and disease, that results in their demise and lack of profitability?

"If all consumers exercised, did what they had to do, the problem of obesity wouldn't exist." Indra Nooyi - CEO Pepsi

There appears to be a "get out clause" in her statement. "DID WHAT THEY HAD TO DO". I would interpret that to be:


As Upton Sinclair stated "It is difficult to get a man to understand something when his job depends on not understanding it."


"Exercise and bad diet are not compatible". 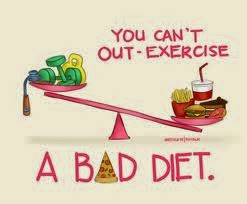 As a younger person and soccer player, I trained twice a week, played games on Saturday morning, Saturday afternoon, and Sunday morning with an occasional reserve game on Sunday afternoon.
I was skinny, fit and ate junk food. Activity burns calories, but as one ages, we must be smarter.

Diet foods are not an answer to diabetes, substitute sugars are not an answer to diabetes, in fact most sweeteners are harmful to long term health. We have swallowed the hook in believing that artificial sweeteners are the key to weight reduction and the diabetes epidemic, where in fact, there is sufficient evidence to indicate that sweeteners actual negatively effect metabolism, whereas Aspartame and its derivatives have a more sinister progeny.

All diabetes has done, is provide a "business opportunity" as individuals once again look to " the professionals" of their health and well-being. Personally, I would rather be the master of my own destiny than live in regret of being so naive.

Twenty years from now, it will be common to see litigation towards food brands and industries
as evidence is linked and conclusive towards the diabetes epidemic. Sadly, few diabetic sufferers alive today will benefit. However, you can take my initiative and make a stand against processed and modified foods and get back to real food.

Exercise = weight loss is a clear marketing strategy and smoke screen to distance unhealthy food from the effects of diabetes.

Whilst I do agree that exercise is helpful to our well-being, I have lost 35 kg, come off diabetes medication and reduced to normal:


It may not be a business opportunity, or sell product, but it is fact. The key to health and well-being is understanding and eating foods that activate and regulate ones metabolism.

As the world awakens to the truth that we have abdicated from our personal responsibility for health and well-being, another marketing opportunity arises's with the advent of organic food. (More on that later)