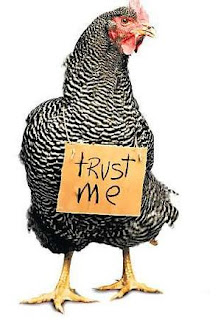 
Recently we have been bombarded by celebrity morals. What I mean by that, is those in the public eye, have decided to take cheap shots at their viewing public from what they consider to be a higher moral ground.

"Let them eat cake" is the traditional translation of the French phrase "Qu'ils mangent de la brioche", supposedly spoken by "Marie Antoinette," upon learning that the peasants had no bread. As brioche is luxury bread enriched with eggs and butter, it would reflect the princess's obliviousness to the nature of a famine. However, "Let them eat cake” was said 100 years before her by Marie-Thérèse, the wife of Louis XIV. It was a callous and ignorant statement and Marie Antoinette, was neither. Author Vincent Cronin also agrees that Marie-Thérese made the statement, and not Marie Antoinette.

The statement “Let them eat cake” was made amidst a tumultuous time in history when the common man was under financial and physical oppression by the systematic taxing and the enforced restrictions, heaped upon them by a privileged few. This resulted in the French revolution and the removal of heads (physically and metaphorically).

Over recent months, many a celebrity chef (Jamie Oliver, Mike King, Hugh Fearnley-Whittingstall and a plethora of others), have decided to enlighten us from their privileged positions about the ethics (or lack of it) in food production. Whilst I recognize there is a valid point to be made, I find it difficult to imagine that whilst they make their prognosis on ethical farming practices from their exclusive ivory towers, they truly understand what it is to live like a peasant. If they do, recent comments allude me!

Recently, I heard Fearnely-Whittingstall say, “It shouldn’t be possible for someone to buy a chicken for two pounds”. This hallow statement reminded me of one made amidst a revolution not so long ago. “Let them eat cake”. It reminded me of how far he and other “specialists” have become removed from the average man and just how ill directed their prejudices have become.

Passion without wisdom is merely ignorance gone to seed! Whilst I consider oneself educated enough to understand ethical food production, I am wise enough to understand that a privileged lifestyle can build a wall of ignorance around the masses. I love quality foods, (ask my wife and she will concur), I am well able to blow the week’s supermarket bill on an evening’s meal. No one will convince me that factory produced meat is better than free range, organically fed products, but it is well beyond the average person’s capacity to buy. And here is the ethics dilemma; one has to BE a celebrity to financially afford the choices they espouse from their pulpits.

"According to our Christian ethics, we're supposed to love God, love each other and help take care of the poor. It is immoral to charge somebody making $5,000 an income tax". Bob Riley

At the time of Mary Antoinette reign, Marie Antoine (Antonin) Carême, (a celebrity chef) was producing meals for the Royalty that required a thousand swans tongues and pastry masterpieces that stood four feet high. Born destitute and abandoned, he rose to the most prestigious rank few chefs could ever lay claim to. Carême's impact on culinary matters ranged from trivial to theoretical. He is credited with creating the standard chef's hat, the toque; he designed new sauces and dishes, he published a classification of all sauces into groups, based on four mother sauces, and I frequently refer to many of his published works to keep my feet on the ground and enlighten the next generation of chefs.

Carême used his skills and position to influence world opinion on food methodology and consumption. Today’s celebrity chefs are no different, but one wonders whether their plight is ego driven or politically inspired. Were they to try living on unemployment, or a highly restrictive income and decide between a new pair of shoes for your child or a two pound chicken that will feed them, what would they choose?

"Divorced from ethics, leadership is reduced to management and politics to mere technique". James MacGregor Burns

Ethics cost much more than a conscience vote, it reaches far further than into the economic and the lifestyle choice. Lifestyle choice is for the privileged few. It eludes most good parents as they battle economic and commercial forces, aimed at widening the gap between rich and poor. In this world of “the user pays” mentality, I am beginning to wonder who actually pays and who avoids it?

"Action indeed is the sole medium of expression for ethics". Jane Addams

Most of us live within a capitalistic world view and as such are pre-occupied with climbing atop the pile of our accumulated trophies, in stark contrast to the Christian ethos of giving, sharing and making the poor and widows a priority. Our catch phrase seems to be, “He who dies with the most toys, wins?”

"A people and their religion must be judged by social standards based on social ethics. No other standard would have any meaning if religion is held to be necessary good for the well-being of the people". B. R. Ambedkar


So please Mr. Celebrity chef, before you lecture me on the ethics of food production, take off your Louis-Vuitton glasses, switch off your Bang and Olufsen hi-fi, get out of your Maserati and with your porcelain veneers flashing, tell me what’s wrong with a two pound chicken?

"Ethics is knowing the difference between what you have a right to do and what is right to do". Potter Stewart

Want to know what the Bible says about the poor?
Posted by Tony